Jacob Zuma, the former president of South Africa, has turned himself in.

Jacob Gedleyihlekisa Zuma
The former president has been “put in the custody of the South African Police Service, in accordance with the Constitutional Court judgment,” according to the Police Ministry.
Bheki Cele, the police minister, has been given until Wednesday midnight to carry out a Constitutional Court ruling to arrest the former president.

This comes after Zuma missed the deadline to turn himself in on Sunday.

After failing to appear before the State Capture Commission of Inquiry, the Supreme Court condemned Zuma to 15 months in prison for contempt of court.

In a tweet shortly before midnight on Wednesday, the Jacob Zuma Foundation confirmed the news.

Dear South Africans and the World.
Please be advised that President Zuma has decided to comply with the incarceration order.
He is on his way to hand himself into a Correctional Services Facility in KZN.
A full statement will be issued in due course.#WenzenuZuma

Police had informed him that if he did not surrender by midnight, he would be arrested.
Zuma, 79, was sentenced to prison last week after he failed to appear in court for a corruption investigation.
The sentencing began a legal saga in South Africa that had never been seen before. South Africa has never seen a former president jailed before.
Zuma refused to surrender on Sunday, thus a deadline of midnight on Wednesday (22:00 GMT) was set for his arrest. 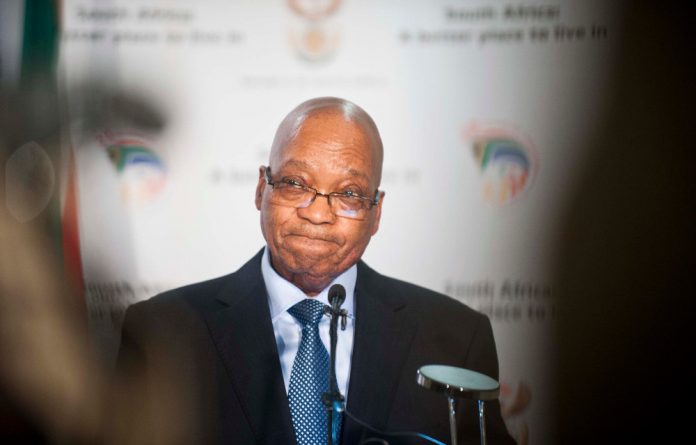 President Jacob Zuma to address the nation
No one will deprive me of rights that I fought for - Jacob Zuma
Studying Law In South Africa 2021
Related Topics:Bheki CeleJacob ZumaJacob Zuma Foundation
Don't Miss

This website uses cookies to improve your experience while you navigate through the website. Out of these, the cookies that are categorized as necessary are stored on your browser as they are essential for the working of basic functionalities of the website. We also use third-party cookies that help us analyze and understand how you use this website. These cookies will be stored in your browser only with your consent. You also have the option to opt-out of these cookies. But opting out of some of these cookies may affect your browsing experience.
Necessary Always Enabled

Performance cookies are used to understand and analyze the key performance indexes of the website which helps in delivering a better user experience for the visitors.

Analytical cookies are used to understand how visitors interact with the website. These cookies help provide information on metrics the number of visitors, bounce rate, traffic source, etc.

Advertisement cookies are used to provide visitors with relevant ads and marketing campaigns. These cookies track visitors across websites and collect information to provide customized ads.

Other uncategorized cookies are those that are being analyzed and have not been classified into a category as yet.

Add The Kosi Bay to your Homescreen!