Teams from DSTV Are Keeping An Eye On Chiefs' Player.

We bring you the latest transfer stories from the Premier Soccer League during the South African summer window.

AmaZulu FC have provided an update regarding the future of former Kaizer Chiefs and Orlando Pirates player Lehlohonolo Majoro.

The experienced player is enjoying his football at the moment at the KwaZulu-Natal giants having netted three goals in his last two PSL matches.

Majoro is free to indulge in negotiations with other clubs as he is in the last six months of his current contract with Usuthu. AmaZulu chairman Sandile Zungu has pointed out that the club is looking to extend Majoro’s contract with the 34-year-old having established himself as a key player under coach Benni McCarthy.

“Our intention is definitely to keep Majoro and we have made it clear to him through his agent,” Sandile Zungu told Daily Sun.

Kaizer Chiefs are reportedly interested in signing numerous psl players this coming window includes the Moroka Swallows FC defender Njabulo Ngcobo, while the long lasting Amakhosi defender Eric Mathoho according to reports, has been linked with a move to an unknown international club that has shown interest in signing him.

Below are the 9 players that Kaizer is yet to unveil

Kaizer Chiefs struggling this season was the wake up call to the management as they named nine players that will join the might the glamour boys next season. Kaizer Chiefs are now five points ahead of relegation play offs position Chippa United.

While on the other side Kaizer Chiefs forward Bernard Parker has expressed his desire to end his playing career at Amakhosi amid reports he is one of the players set to be offloaded at the conclusion of the current season. The 35-year-old has been with Chiefs since 2011 but his contributions at the club have decreased with no single Premier Soccer League goal in the past two seasons.

Mamelodi Sundowns have reportedly agreed financial terms with Romanian Liga 1 side Sepsi OSK to sign Slovakian striker Pavol Safranko, in a deal worth a reported €700 000 (R12-million).

Šafranko, 26, was linked with Sundowns in February but the club rejected an opening bid in the same region with general director Attila Hadnagy confirming they were reluctant to let the player leave before the end of the season.

But ahead of the Liga 1 UEFA Play-Offs, Sundowns have secured the deal before the upcoming Euro Championship which could have seen his valuation soar during the off-season.

The deal is ranked as the highest-ever transfer for Sepsi, exceeding the €600 000 they received for Ibrahima Tandia when he left for Al Hazem in 2019. 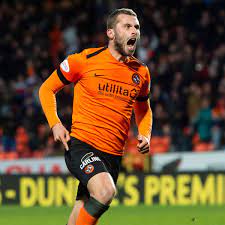 Manqoba Mngqithi has described Andile Jali as a very important player in the team’ while giving assurances that the midfielder’s future is secure at the club. 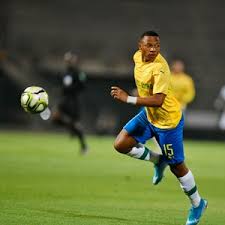 The midfielder went for four straight games without making the starting line-up until Wednesday’s 4-0 Nedbank Cup Last-16 win over Polokwane City in which he scored.

According to a report, Orlando Pirates’ attacking midfielder Thembinkosi Lorch has handed in a transfer request in order to try and facilitate a move to an un-named Belgian side and he was also linked with Kaizer Chiefs.

Lorch has endured a stop-start campaign this season with several injuries, the latest which has sidelined him since 24 February after he limped off after 28 minutes in the 1-1 draw with SuperSport United.

Kgosietsile King Ndlovu is a South African soccer player who plays as a goalkeeper for South African Premier Division. Goalkeeper King Ndlovu has responded to reports that he has signed for Orlando Pirates but the former Black Leopards shot-stopper refused to dwell much on the issue.

“That’s not true, how so? I haven’t even received my clearance from Black Leopards,” Ndlovu told KickOff

“The only thing I have signed is a termination letter, and the only thing I’m waiting for is my clearance. But sure thing is I’m no longer their player [Black Leopards].”